Hollywood, Florida – The preparations before Christmas did not go as planned for several families as they were victims of theft. Fortunately, the authorities were able to arrest the crook quickly after receiving the reports, enabling the victims to enjoy Christmas Day.

The alleged “porch pirate” was stealing packages from homes in Hollywood and was caught on several Ring doorbell cameras, and neighbors in the complex alerted each other online about what they saw.

On Saturday afternoon, the people who had packages stolen from their front doors reported to Hollywood police the incidents. Some of them told police that the thief had been caught on surveillance video.

Hollywood police officers responded to the area of North 29th Avenue and found a person who matched the description of the suspected thief walking on a sidewalk near the Cortland Hollywood apartment complex. When officers confronted the thief, identified as Steven Watson, he took off. After a brief pursuit, officers were able to take Watson into custody without incident.

Police also found the vehicle Watson was driving packed with over 30 stolen packages. Watson spent Christmas in handcuffs, and officers returned most of the stolen packages Saturday night. Watson is being held on $8,500 bond and faces two counts of burglary, one count of grand theft, and one count of resisting officers without violence. 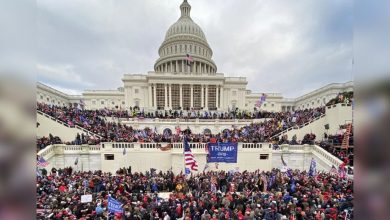